There are bad people in this world.

No, really, there are some exceptional examples of extreme shitheaddery that are carried out in this world. Lying, cheating, murder, rape, thievery, and an assortment of other shitty acts are carried out daily by the world’s worst percentage. No sensible person reading this article would look at that list and disagree with the notion that those actions are horrible, but they are often portrayed in great detail all throughout literature and modern film. Not to mention, many of these acts are so woven into the main plot of a story that removing them entirely would completely negate the work all together. These movies and books are extremely dark and disturbing, but many of them get released without even so much as a hint of controversy. However, when you attempt to use these dark subjects as plot developments in games, a shit-storm begins a brewin’ and it doesn’t take long before every games journalist on the net decides they have to become outrageously outraged by them. So, I’d like to discuss a few of them today.

On October 18th, 2011, Batman: Arkham City was released to the world and it was immediately lauded with critical acclaim. However, as overly sensitive busybodies are want to do, it didn’t take long before the game became the target of certain journalists ire due to some unsavory language. More specifically, they took issue with the fact that a pack of murderers, thieves, arsonists, and rapists had to audacity to be programmed to call Catwoman a “bitch”. Never mind the fact that every single thug in the game is a criminal that, according to the games reasoning, is so completely corrupt that they had to be locked within the most hardcore, city-sized prison EVER. No no, these bad guys should at least have had the decency to be programmed to keep Catwoman’s feelings in mind. Perhaps if someone could have written them a strong worded letter in binary…

How dare these career assholes call me a bitch!

The reason why I use this illustration is because I want people to understand that the men of Arkham City, albeit fictional men, are supposed to be convicted of seriously heinous crimes against humanity. There are numerous conversations that Batman and Catwoman can listen in on during the course of their adventure, and some of the casual banter between the thugs is actually quite disturbing. For example, while I was playing the newest DLC release “Harley Quinn’s Revenge”, I came across some thugs while controlling Robin and a group of them joked with one of the other inmates about how he killed his entire family over a bad turkey for thanksgiving. It was quite the troubling exchange, and I was sure that the gaming press would be all the buzz over discussions of such casual homicide. The journalists, who have to make every other thing in video games a freaking controversy, would just have to be livid over such callous remarks! This, I was sure of.

Oh, wait, I’m just kidding. They didn’t say word one over that shit. But why? Well, it’s probably because they inherently knew that such admissions of terrible acts were something that a convicted felon might say to one another. Especially in the exaggerated settings of Gotham City it would be easy to imagine the scum that worked for villains such as Two-Face, Joker, and The Penguin would just kinda of sit around and trade tales about how they did terrible things to other people before they got locked up. So, why all of the fuss over some cross words that get thrown around at Catwoman? Well, it’s simply because Catwoman is…well…a woman. These same thugs constantly threaten Batman, verbally berate him, and attempt to kill him numerous times, but because Batman is a guy they just kinda expect that Batman can already take care of himself. Catwoman is just as strong and resourceful as Batman, so why can’t they afford her the same respect? Well…not sure really.

I  read an article once that attempted to claim that chivalrous actions on the part of men were just a form of “benevolent sexism”, and, I have to say,  if any such thing actually existed I’m fairly certain that these journalists (men and women both) were guilty of it. Catwoman is a strong, independent and confident woman who constantly uses all of her physical as well as mental assets to overcome any obstacle in her way. As a character, she has proven time and time again that she rarely needs any help from anyone to overcome whatever is thrown at her. These journalists had completely ignored the fact that Catwoman, as a character, could absolutely take care of herself, and, as someone who has played through the game numerous times, I can attest that Catwoman has the opportunity to beat every thug in to the ground a hundred times over.

And she does. Well, unless you put the controller down.

Okay, enough of that, time to move on to something more recent: THE TOMB RAIDER SEXUAL ASSAULT SCANDAL!!!

If you had ventured to most any gaming website during E3 then you’ve no doubt read about the new Tomb Raider reboot. In this origin story, the developers had wanted to create a tale that was meant to show a  more brutal tale of Lara’s beginnings than we had imagined. Throughout all of the gameplay videos and trailers that were released during E3 we caught glimpses of Lara performing death-defying feats, and combating numerous evil foes to survive. The game clearly has a more cinematic feel to it than all of the other tomb raider predecessors, but the proverbial reels hadn’t even stopped spinning before people started getting upset at a specific trailer’s content.

This is the trailer in question:

The scene that has driven games journalists in to a fit begins at 2:23, and it shows Lara being cornered by a random evil dude who proceeds to man-handle and grope her. It’s clear that if Lara doesn’t do something quick then this piece of shit is going to have his way with her, but, in keeping with the theme of the rest of the game, Lara is a survivor and she ultimately does fight off her attacker and puts a bullet in his brain. However, because the developers had even thought to use the horrors of rape as a plot device, people immediately became uncomfortable and began lobbing harsh criticisms towards Crystal Dynamics. To read some of their reactions to the trailer you’d probably have imagined that they immediately went and vomited violently in a trash can afterwards. Don’t believe me? Hop on over to these articles here and here. Not all writers were quick to jump on the outrageously outraged band-wagon. Matthew Stewart, in this article from Gameranx**, gets it, and he elegantly explains how stories in gaming have usually white-washed violence and ignored the costs those violent acts carry.  Admittedly, Kuchera of the PA report does seem to warm up to the game a bit near the end of the article, both article’s authors erroneously define the games experience as “entertainment”.

They think that the developers are including scenes like the one above simply for the enjoyment of the gamer. However, I just don’t believe that is the case. Did Alice Sebold (The Lovely Bones) graphically describe  Susie Salmon’s horrific rape and murder* for “enjoyment”? Did Stieg Larrson (The Girl with the Dragon Tattoo) write in Lisbeth Salander’s brutal rape just for the readers enjoyment? NO. These horrible acts were not written to be entertainment for a reader, but to be uncomfortable and disturbing reminders of the very real and terrible shit that goes on every single day. The authors are deliberately placing the reader in an uncomfortable position to invoke certain emotional responses. The developers of Tomb Raider are attempting to mature the storytelling in gaming a bit more by doing the very same thing. They are showing that these very bad people are doing very bad things and that unless they are stopped then they will continue to do very bad things to innocent people.

Lara has a lot in common with the other two female protagonists I mentioned in the paragraph above, and it mainly surrounds her strength to push past those events and keep moving forward. And, similarly to both Susie and Lisbeth, she receives justice for the crimes committed against her. I won’t spoil the details of those outcomes for Lisbeth and Susie, but rest assured that the terrible people who committed those acts got exactly what they deserved in the end. So, what was the point of this article? Well, it was to illustrate that the terrible villains written in many stories are meant and expected to perform terrible acts. Not as “entertainment” but as disturbing reminders that people, fictional or not, still do terrible things. You’re not supposed to love and enjoy them, but you’re instead expected to loathe and detest them to their core. Then, when these detestable people meet their ends, you’re supposed to be relieved that justice was served in the end.

Especially since, in the real world, many times justice is greatly delayed or even outright denied due to real world bullshit.

*This scene takes place in the first chapter of the book, and it was so disturbing and graphically detailed that I haven’t picked up the book since. I didn’t even know how the story ended until the film released which omitted the graphic depictions of Salmon’s death.

**The Gameranx article is good, but the title isn’t. It was written for shock value though to illustrate a point, but ,personally, I would have thought of something better. 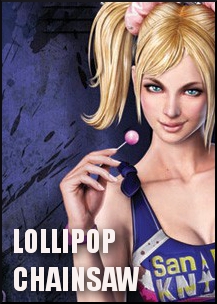